Big Brother 23 is right around the corner, which means it’s back to the house for another summer of master manipulations, epic feuds, and shocking evictions. Host Julie Chen Moonves returns with a cast of 16 contestants all competing for the $500,000 prize—but who’s living in the house this season? […]

Big Brother 23 is right around the corner, which means it’s back to the house for another summer of master manipulations, epic feuds, and shocking evictions. Host Julie Chen Moonves returns with a cast of 16 contestants all competing for the $500,000 prize—but who’s living in the house this season?

As a quick refresher, Big Brother follows a group of HouseGuests as they live together in a “house” that’s totally isolated from the outside world (it’s really a giant TV show set). No movies, music, TV, phones—you get the idea. The twist? The contestants are under 24/7 video surveillance. Every so often, the contestants vote one member out of the house to be eliminated. Voting continues until there’s just one contestant left—the winner of the $500,000 prize.

This season, the theme is “Big Brother beach club,” according to executive producer Allison Grodner. “We really wanted to bring a sense of adventure and vacation fun and a club atmosphere to the house. So it’s got this casino meets beach, Monte Carlo meets beach club, meets Vegas, kind of feel to it,” she told Us Weekly.

Another executive producer, Rich Meehan, says contestants will definitely have some gambling-themed challenges thrown their way. “There’s always risks inherent in the Big Brother game,” so they’re “really leaning into the risk versus reward dilemmas” this season, he told Us Weekly. “On move-in night, they’re going to be battling to be a team captain, as well as vying for the ability to play Head of Household.” Let the drama begin!

Ahead, meet the 16 contestants who will duke it out in the house. Big Brother 23 premieres Wednesday, July 7, at 8 p.m. on CBS.

Alyssa has been a Big Brother superfan since she was 11. She’s a former gymnast who models in her spare time (she was once featured on a Hooters billboard). Hopefully, she’s got what it takes to last in the house.

Azah loves to cook and travel, so she might be making her fair share of meals in the house this season. She “can’t stand showmances,” according to her cast bio, so don’t go looking for her to get too attached to any of her fellow contestants.

Brent’s an athlete who loves working out whenever he’s not flying someplace new. He’s a “social butterfly” who’s definitely looking for a potential relationship. The ladies better watch out!

Brandon (a.k.a.”Frenchie”) loves nothing more than spending a day on the farm with his kids. He says as a farmer, every day is different, so he’s more than prepared for any shakeups Julie might have to throw at him.

Britini’s big into dancing and fitness—and TikTok, where more than 167,000 people are following her fitness journey. She’s got lots of ideas about her strategy this season: “big risk means bigger reward!” she says in her cast bio.

Christian’s super sporty and a major flirt, even though he’s only had one girlfriend. Tbd on whether or not he’s into showmances, but the odds look pretty good.

Christie is the first bald Sports Illustrated model and the founder of Baldtourage, an organization that provides support for women experiencing hair loss. With over 26,000 followers on Instagram, Christie’s pretty famous. Will she be a star in the house, too?

Derek loves a good game of chess and catching a wave on his surfboard. His company, Remy, ships meal kits made by influencers all across the U.S. Let’s hope some of that business savvy carries over into his Big Brother strategy.

Derek’s love for working out comes from his father, boxer Smokin’ Joe Frazier. His hobbies include partying and playing video games, but no word yet on how he’ll play Julie’s games this season.

Hannah loves traveling, fashion, and the Real Housewives. She’s a personal stylist turned competitive hip hop dancer. Hannah’s not afraid to tell a white lie to get the other contestants on her side, so expect lots of shifty alliances from her in the house.

Kyland is the definition of adventurous. Whether it’s skydiving, trapeze, or fire walking, Kyland has tried it all. Here’s hoping this adrenaline junkie has what it takes to survive this season!

Sarah’s love for anime and cosplay is only topped by her excitement to be in the house this season. She’s planning on playing the (really) long game by duping the other contestants—a bold move, if she can pull it off.

Mom (and cat mom) Tiffany has an “alter ego” she’s hoping will make her this season’s star. She plans on steering clear of gossip and the rumor mill… You’ll have to watch to see how long that lasts.

Currently living in Hawaii, Travis is big into sports. He’s also a published author, with a few books sold on Amazon, and an entrepreneur who’s been sued by “massive titans of industry,” according to his bio. He’s excited to get into the house and pull some pranks on his fellow contestants, so you can bet he’ll be shaking things up this season.

Whitney might be named after Whitney Houston, but don’t expect her to sing. She loves working on her make-up and hair business, NW Makeup And Hair, and she says she’s an excellent matchmaker. Maybe she’ll be making some showmance magic happen this season?

Xavier’s a big fan of staying active and “chillin’,” according to his bio. He’s ready to “enjoy playing Big Brother the way it was meant to be played,” instead of only focusing on getting ahead. You’ll have to watch to see if he’s really in it to win it!

This content is created and maintained by a third party, and imported onto this page to help users provide their email addresses. You may be able to find more information about this and similar content at piano.io

Sat Jul 3 , 2021
Photos: BOSE, APPLE, EPSON Illustration: Dillen Phelps All the solutions and companies on this page had been picked out by a Decider editor, but we may be compensated and/or get an affiliate commission on some merchandise if you make your mind up to obtain. It is heee-eeere. Summertime. And while numerous of […] 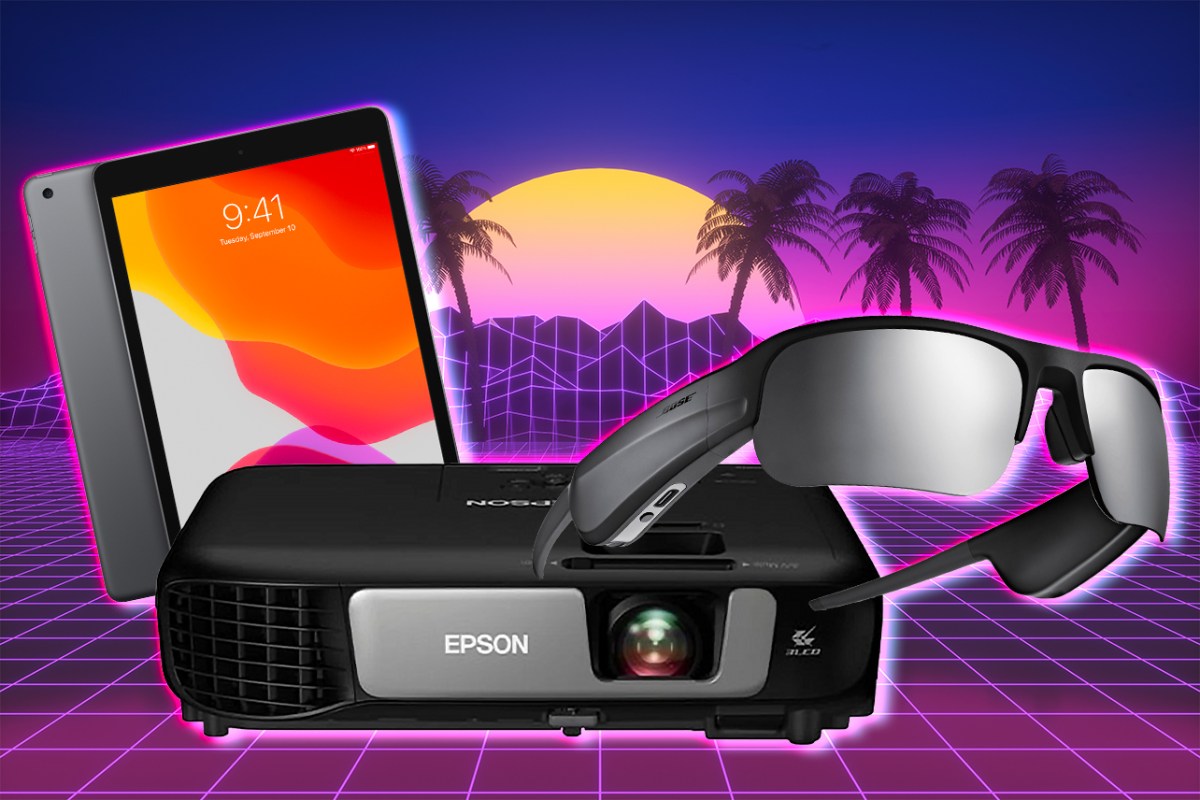