Table of Contents A 1-point leadStandings after round 6All gamesLinks A 1-point lead Things were looking great for Ian Nepomniachtchi after five rounds at the Croatia Grand Chess Tour event. The Russian had finished day 1 with a comfortable 2-point lead, and had kept his commanding lead in the first […]

Things were looking great for Ian Nepomniachtchi after five rounds at the Croatia Grand Chess Tour event. The Russian had finished day 1 with a comfortable 2-point lead, and had kept his commanding lead in the first two rounds of day 2.

Nepomniachtchi started the day with a win over Alexander Grischuk. The World Championship challenger used a small trick to gain a pawn.

22.Be4 With a threat that Black ignores.

23.Bxc6 Rxc6 24.Bxd4 This was the intention. White has won a pawn. Now follows the technical conversion.

In the fifth round, the leader drew Jan-Krzysztof Duda. His immediate pursuers were Maxime Vachier-Lagrave and Viswanathan Anand. Vachier-Lagrave had beaten Duda and then drawn Ivan Saric. Anand drew against Shakhriyar Mamedyarov and then defeated Anton Korobov in a difficult game.

This DVD allows you to learn from the example of one of the best players in the history of chess and from the explanations of the authors how to successfully organise your games strategically, consequently how to keep your opponent permanently under press 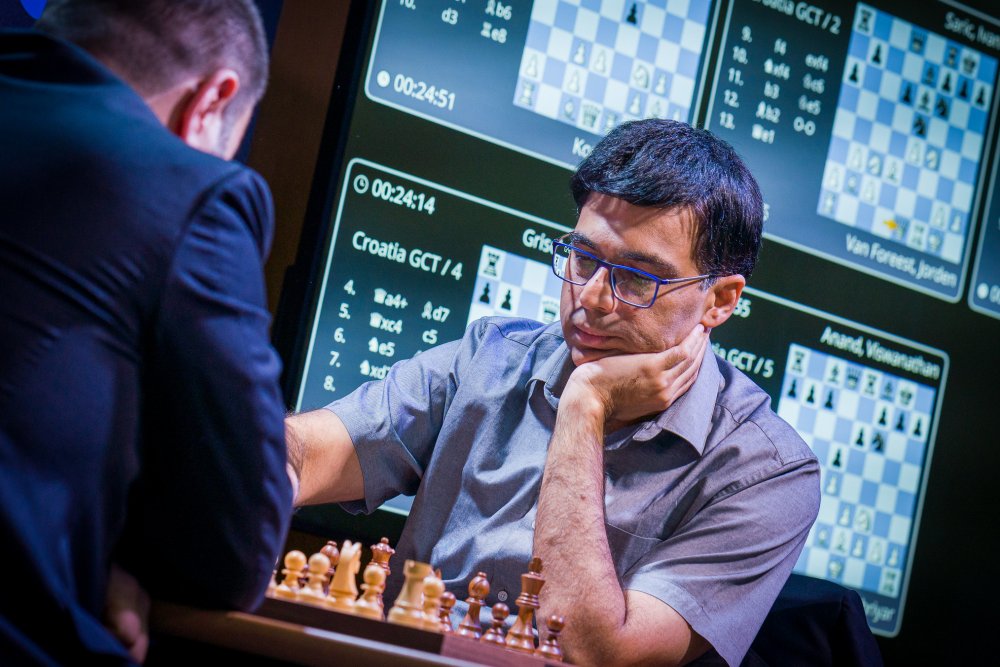 In the last round of the day, however, Saric put a stop to Nepomniachtchi’s undefeated streak. In a long theoretical variation in the Sveshnikov — up to move 23 there was still a predecessor — a rook-and-bishop endgame ensued, in which Saric had a small advantage with the black pieces, thanks to his control of a half-open line and the more active bishop.

35.a5 Rxe4 Temporarily gaining a piece. In the end, it is actually an exchange sacrifice.